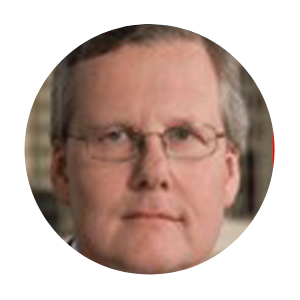 James C. Olson, an esteemed nationally known lawyer and advisor, is a Senior Partner with Joseph, Cohen & Del Vecchio and has over 40 years of experience.

Some of the numerous representative matters handled by Mr. Olson include:

Prior to joining Joseph, Cohen & Del Vecchio, Mr. Olson served as a Partner and Of Counsel at Jones Day, one of the largest law firms in the world. There, he advised clients in the banking, technology, solar and agribusiness sectors.

Mr. Olson has also long been active in the non-profit world having been a director and legal counsel to the United Way Bay Area for over 20 years. Most recently, he was the Vice Chair of the United Way Board.  For the last 10 years, Olson has been on the Board and is now Board Chair of HomeBase, The Center for Common Concerns, in San Francisco, which is a national nonprofit working at the state and national level to support communities in responding to homelessness through a team of 50 public policy lawyers and analysts.

Prior to his tenure at Jones Day, Mr. Olson was a Shareholder at Heller Ehrman, LLP, where he held various leadership positions, including Co-Chair of the Corporate Finance and Financial Services Groups and Co-Chair of the San Francisco Business Department, and represented clients in financing, M&A and cross border matters. He worked with clients in the United States, Europe, Asia and the Middle East and was a leader in developing and expanding their Asian practice.

Mr. Olson is a frequent lecturer and author on corporate finance and international finance topics. Mr. Olson is a member of the American Bar Association (Banking Law and Commercial Finance Committees), California Lawyers Association (Member Section on Business Law), Financial Lawyers Conference, and the Bar Association of San Francisco. He earned his Juris Doctor degree from the Washington and Lee University School of Law in 1979.  He received a B.A. in Government and Law at Lafayette College in 1976, where he earned a place on the Dean’s List.