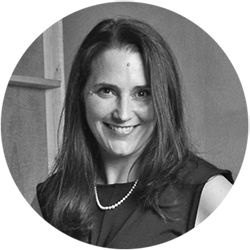 Prior to joining the firm, Ms. Del Vecchio was Director and Senior Counsel at CIT Group Inc. (CIT). CIT is a financial holding company, and its principal subsidiary is CIT Bank, N.A. (formerly known as OneWest Bank NA). While at CIT, Ms. Del Vecchio managed the regulatory monitoring and change management process; provided compliance, regulatory, and risk management advice to the bank and holding company; represented the interests of CIT before federal regulatory agencies and government-sponsored enterprises (GSEs); supported due diligence and analysis relating to potential asset sales and acquisitions; and assisted with resolving issues and matters arising from examinations and regulator inquiries.

Some of the representative matters in which Ms. Del Vecchio has been involved include:

Ms. Del Vecchio is a frequent speaker and writer on state and federal regulatory developments affecting credit unions, banks and other financial services companies. She previously served a full term as a member of the Executive Committee of the State Bar of California’s Business Law Section (now the California Lawyers Association) and served as Diversity Co-Coordinator. Before that, she chaired the Consumer Financial Services Committee of the Business Law Section. She is also an active member of World Council of Credit Union’s Global Woman’s Leadership Network and is active in her local community as an Honorary Lifetime Member of the Pasadena Jaycees and as a longstanding member of the Pasadena Tournament of Roses.

Ms. Del Vecchio earned her Juris Doctorate from the University of Connecticut School of Law, where she clerked for the Honorable Henry J. Boroff, United States Bankruptcy Court for the Western District of Massachusetts and interned for almost two years with the Antitrust and Special Litigation Section of the State of Connecticut Office of the Attorney General. She also earned her Master of Science from the London School of Economics and Political Science, with merit, and her Bachelor of Arts, magna cum laude, from New York University. While in law school, she also taught undergraduate introductory economics courses at a local community college. She also is an avid patron of the performing and visual arts, having been a professionally trained classical ballet dancer with a brief professional ballet career while studying for her undergraduate degree.